Five fingers,
like a hand,
the starfish shines
in a sky of sand.

from In the Sea by David Elliott, 2012, Candlewick Press
Posted by Meribeth Shank at 9:37 PM No comments:

HOW TO TELL THE TOP OF THE HILL (Monday Poem)


The top of a hill
Is not until
The bottom is below.
And you have to stop
When you reach the top
For there's no more UP to go.

To make it plain
Let me explain:
The one most reason why
You have to stop
When you reach the top -- is:
The next step up is sky.

from Sing a Song of Popcorn: Every Child's Book of Poems selected by Beatrice Schenk de Regniers, Eva Moore, Mary Michaels White, Jan Carr, 1988, Scholastic
Posted by Meribeth Shank at 8:55 AM No comments:

UNTIL I SAW THE SEA (Monday Poem)


Until I saw the sea
I did not know
that wind
could wrinkle water so.

I never knew
that sun
could splinter a whole sea of blue.

Nor
did I know before,
a sea breathes in and out
upon a shore.

from Sing a Song of Popcorn: Every Child's Book of Poems selected by Beatrice Schenk de Regniers, Eva Moore, Mary Michaels White, Jan Carr, 1988, Scholastic
Posted by Meribeth Shank at 6:44 AM No comments: 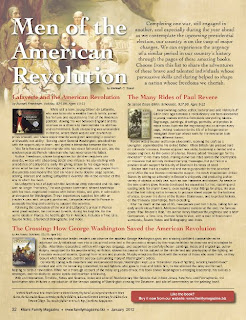 Completing one war, still engaged in another, and especially during the year ahead as we contemplate the upcoming presidential election, our country is on the cusp of major changes. We can experience the urgency of a similar period in our country’s history through the pages of these amazing books. Choose from this list to share the adventures of these brave and talented individuals whose persuasive skills and daring helped to shape a nation whose freedoms we cherish.

An early indecisive leader, readers can observe the amateur George Washington grow into a strong confident commander as he organizes unruly rebellious men into a disciplined army and in the process is shaped by the responsibilities he assumes and strategies he crafts. Attentively researched, written with vigorous language, and supported by carefully chosen paintings, maps and engravings, author Murphy, recognized for his award-winning nonfiction, shares his passion for his subject in the nimble text and play-by-play of the fighting, as if readers were participants. Quoting from letters and journals, Murphy energizes this book with the voices of those who were there, as they recount what happened, and the secrecy surrounding many of Washington’s orders.
Constantly coping with deserters and inexperienced troops, Washington kept up a “hit-and-run style of fighting, avoiding head-to-head” combat and with the remaining committed, trained fighters, who grew to trust and follow him, he transformed the army and himself, helping to birth a new nation. While not a thorough account of the many long years of war, this book shows Washington’s emerging leadership, his skill as a strategist, and his ability to inspire loyalty and maintain a following.
With an Introduction, Timeline, Notes and Sources, Index and a list of Revolutionary War Sites to visit in New Jersey, New York, and Pennsylvania, the backmatter also includes a reproduction of the famous painting of Washington crossing the Delaware, and a brief commentary on the painting itself.

Lafayette and the American Revolution
by Russell Freedman
Holiday, $24.95, Ages 10-13

While still a teen, young Gilbert de Lafayette, who was born into a wealthy French family, joined his fortune and reputation to that of the American patriots, viewing the war between England and its colonies as a chance to demonstrate his abilities and commitment. Such an opening was unavailable in France, where there was no war in which to prove oneself, and where appointments were given according to position and wealth, not ability. Serving under General Washington, provided him with the opportunity to learn, and ignited a friendship between the two – “the forty-five-year-old commander who had never fathered a son, and the nineteen-year-old French nobleman who had never seen his father.
Author Freedman, whose biographies for children regularly win awards, writes with absorbing detail and infuses his storytelling with anecdotes of Lafayette’s early life giving shape to his eagerness to show what he can do. Paintings, portraits, engravings, and pages from documents accompany the text on nearly every double page spread, adding interest and setting Lafayette’s eventful life in the context of the era in which he lived.
As Lafayette’s tour of duty with the American army extended and his rank was no longer “honorary,” he was granted command, shared hardships with his men, negotiated treaties with Indian tribes, and grew in admiration and respect for Washington. These experiences supplied him with an insider’s view and, uniquely positioned, Lafayette returned to France to persuade his king and country to support the colonies.
Following the conclusion of the war and Lafayette’s arrival in France amid great acclaim, he continued to work, during his long life, for the same ideals in France, he had fought for in America. Includes a Time Line, Source Notes, a Selected Bibliography, and Index.

Award-winning author, editor, lecturer and avid history buff Giblin once again makes a revolutionary war hero accessible to young readers with his formidable storytelling talents. Engravings, paintings, drawings, portraits, and photos in sepia tones illustrate the engrossing text on almost every page, inviting readers into the life of a first-generation immigrant American whose work for the revolution took many different forms.
Revere was a master craftsman silversmith, learning the craft as a youngster, apprenticed to his skilled father. When British rule pressed hard on colonists’ incomes, Revere acquired new skills, becoming a dentist and a copper engraver. As the owner of a horse, Revere added “messenger for the revolution” to his many tasks, making numerous rides across the countryside on missions that not only involved carrying messages, but put him in a position to win support for his city of Boston in its times of need.
Revere later built a powder mill and made gunpowder for the colonists’ army! After the war Revere continued to support the newly independent United States by setting up a foundry in Boston’s shipyards and producing a wide variety of objects in daily use, such as iron hammers and stoves. As needs in the new country grew, Revere developed his capacities further, repairing and casting bells for church towers, even making metal fittings for ships. He also built the first rolling mill in America; to produce sheet copper for the bottoms of ships, to cover the dome of the Boston Statehouse, and to protect boilers, on the then-new steamships, from exploding.
After his death at the age of 83, newspapers paid him tribute, calling him an early and tireless Patriot. Additional featured material at the end; the famous poem “Paul Revere’s Ride,” its author Henry Wadsworth Longfellow and a brief Comparison, a Time Line, Historic Sites to Visit, with a map of Boston and surrounds, Source Notes and Bibliography, and Index.
Posted by Meribeth Shank at 2:41 PM No comments:


I write what I know on one side of the paper
and what I don't know on the other.
Fire likes dry paper and wet paper laughs at
fire.
Empty paper sacks say, "Put something in me,
what are we waiting for?"
Paper sacks packed to the limit say, "We hope
we don't bust."
Paper people like to meet other paper people.

Meribeth Shank
Miami Shores, FL, United States
I'm a Specialist in Literature for Young People, specifically in Educational and Library settings. Also, I review books for young people in the magazine and newspaper market; and I write for young people. Additionally, I have trained to be a Labyrinth Facilitator.

This is where I will post links to award-winning book reviews that I have written for Family Magazine.

Ideas for a book discussion group

Websites for Children's and YA Lit

Graduate Programs in Writing for Children and Young Adults